Alojz Pirnat – Božičev Lojze was born in Nožice in 1913, as the thirteenth child out of fourteen. When he was fifteen years old, he left home for apprenticeship. He gained skills as a metalsmith in the renowned Kregar metalsmithing workshop in Ljubljana. His path then led him to Maribor and Graz, where he worked as a metalsmith’s assistant. He started his own business already in 1937. The first product was bobble tie pin, but soon he started receiving more demanding orders for furnishing premises, especially sacral buildings. In 1950, he started again from scratch. He purchased production facilities of the former Samassa foundry and bell factory in Ljubljana, and Pasarstvo Pirnat quickly became synonymous with top quality metalsmithing products. The workshop soon produced sophisticated products for the whole of Yugoslavia. He most often collaborated with the architect Jože Plečnik, and they became very good friends. Among other things, Pirnat’s workshop manufactured equipment for many churches, hotels, and furnished a number of protocol facilities and government buildings. Pirnat had been manufacturing sophisticated products according to Plečnik’s designs for no less than 40 years. His talent was clearly reflected in the fact that he always knew what goes where. 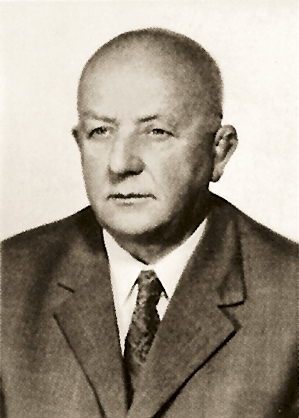